The 10 Ways of Getting Out in Cricket – A SIMPLE Summary 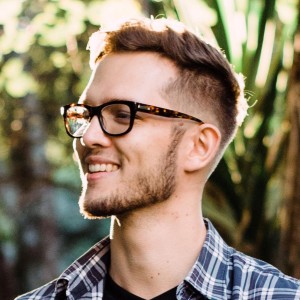 LBW, bowled, caught, run out – there are many ways a batsman can lose their wicket in cricket, 10 to be exact. However, some types of dismissal are a lot more common than others.

Each type of dismissal in the sport is covered in the official Laws of Cricket. These laws (numbered in different sections of the document) spell out exactly how a batsman can lose their wicket in cricket. They also highlight what is classed as not-out. These rules have governed decisions in the game for nearly 150 years – in fact little has changed in that time in terms of dismissals.

But there have been a few changes that have led to the ways of getting out in cricket today. In the past, 11 ways to be dismissed existed in the Laws of Cricket. But a recent change to the laws bound some of the rules together, leading to one type of dismissal in cricket becoming ‘the obsolete dismissal’.

5 Common types of dismissals in cricket

Below are the five most common types of dismissal in cricket. In any cricket match, it is almost certain that some of these dismissal types will lead to a batsman losing a wicket.

4 Uncommon ways of getting out in cricket

In addition to the more common dismissals in cricket, some laws are rarely seen.

The four uncommon ways of getting out in cricket are listed below. Some of the laws have only been used in exceptional circumstance in professional cricket. Others have never been used in some formats of cricket.

Although most forms of dismissal in cricket have remained a part of the game for centuries, one way of getting out was removed from the rules in 2017. This is now referred to as ‘the obsolete dismissal’.

• Handled the ball: A batsman used to be given out if they intentionally picked up the ball with one or two hands and the ball was not ‘dead’. But, following the changes to the Laws of Cricket in 2017, this dismissal came under Obstructing the Field instead. Handling the ball was another very rare wicket in cricket, with only 10 recorded instances in the history of international cricket.

When a batsman retires from their innings in cricket, it is usually because of injury or illness – known as retired-not out. Alternatively, in exhibition matches, batsmen often retire on a high score to allow another batsman in to get game time. This is a legitimate action in cricket and permitted under the Laws of Cricket.

However, if a player has no reason to retire from their innings, i.e. due to illness or injury, they are given ‘retired-out.’

In the history of cricket, including all formats and the men and women’s professional game, only four batters have ever been retired out. The most high-profile retired out dismissal took place in 2001, when two Sri Lankan batsmen, Mahela Jayawardene and Marvan Atapattu, both retired against Bangladesh.

They were the first-ever professional batsmen to retire out in cricket after scoring 201 and 150 respectively against a poor Bangladesh side, allowing their teammates a chance to score runs in the match.

Although the Laws of Cricket highlights many ways of getting out in cricket, some are so infrequently used that they may also become obsolete in the future.

With professional standards in cricket rising over the past 30 to 40 years, players rarely give up their wickets. As a result, professionals rarely hit their own stumps or get timed out. There is often much more pressure on international cricket players in the modern game, and any slip up is magnified hugely.

The five most commons dismissals in cricket, however, remain a cornerstone of the game. Furthermore, getting a breakthrough by bowling out good batsmen, or trapping them LBW, are often a reflection of the skills of the bowler and fielding side.